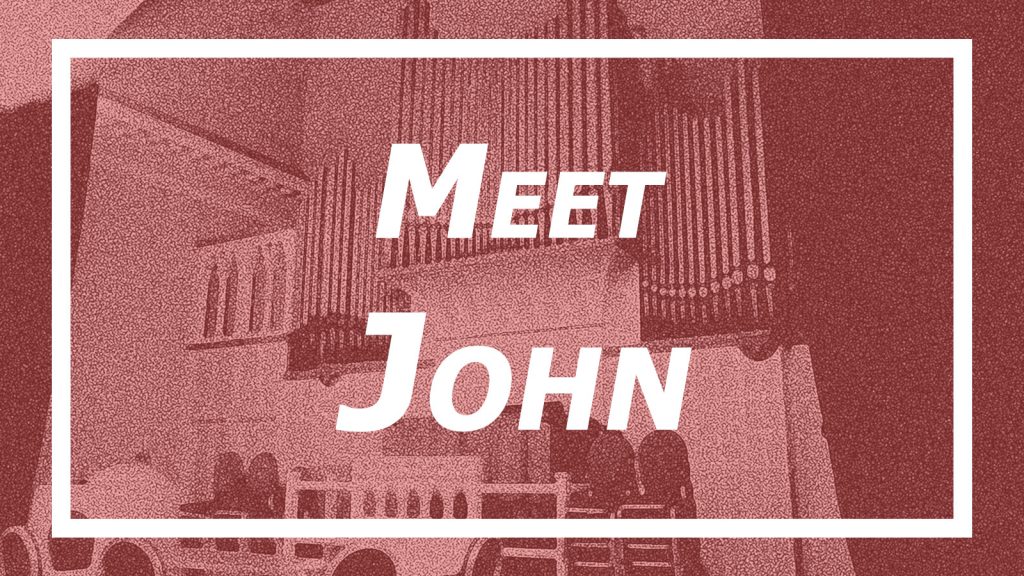 As a child, John played his Grandparents’ American Reed Organ. Upon the death of his grandmother, in 1994, John became the heir to the instrument. Sadly, in 1995 the organ had to be sold.

John played trombone for the Glasgow Orchestral Society. Rehearsals took place in the Reid Hall. It was there where John discovered Lewis Organ. After the sale of the American Reid Organ, John was looking for another organ to practice on.

John’s main duties include inspecting the Lewis Organ, making temporary repairs, playing the organ and to keep track of what still works.

To raise funds for the Lewis Organ, John organised open days, fundraisers and sponsors. John was successful in obtaining a £2,000 grant for the restoration of parts of the organ. He was also able to obtain a Historical Certificate for the Lewis Organ.

“I would like to raise the profile of the Organ, so that more people can see it.”

In addition to his duties as the Lewis Organ’s custodian, John has created a brochure detailing the history behind the Lewis Organ. You can read John’s CCH Lewis Organ Brochure here.

For anyone interested in a guided tour of the Organ, you can contact John through Community Central Hall to arrange a meeting.

Want to read more about our volunteers? Check out our Case Studies page.