CCH is managed on a daily basis by our Chief Executive and two Heads of Service.  They are supported by an experienced team of qualified Managers. Many of our team have been with the organisation for many years.

Mark is Chief Executive and Company Secretary of CCH, responsible for providing strategic leadership heading a multi-disciplinary management team. He previously acted as a consultant within CEiS, a leading voluntary sector management consultancy in the West of Scotland.

Mark is a qualified business counsellor and has a BA Honours degree in Business Studies from The Robert Gordon University. He has worked with hundreds of businesses and organisations on business planning, general management and strategy, business development and funding and finance, across most sectors within Scotland. Mark is also an experienced trainer, and has developed/delivered over 20 training courses and programmes.

From 1997 to 2000 he was Manager of Aberdeen City Council’s Community Economic Development Unit, with responsibility for policy development on employment, regeneration and community economic projects. Before that he was Manager of CET, following time with Aberdeen Enterprise Trust in a series of posts.

In his spare time, he is an active volunteer with Glasgow Cat’s Protection League and a Board member of Development Trust Association for Scotland.

Janet is Childcare Services Manager of CCH, responsible for leadership and day to day running of Happy Days Nursery and Safe til Six Out of School Care. Previously whilst bringing up her family she did various jobs including retail work, setting up a Parent and Toddler Group and organized holiday play schemes for the children in her local community. She was also a school crossing patroller before returning to childcare in 1992.

She has attained management development qualification and facilitates in-house training for Childcare Services staff. Janet has worked as a practioner in local authority, private and voluntary settings.  For the past 10 years, Janet has been a committee member of the North West Children and Young Persons Services Forum.

From 1996 to1997 she was a practioner in Happy Days Nursery. In 1998, her role changed to Nursery Coordinator and she maintained this role until 2005 when she undertook the role of Childcare Services Manager at Community Central Hall with the responsibility of Safe til Six Out of School Care.

Nicky come to Community Central Hall in 2005 as a youth worker, she continued her service and eventually became the youth services manager.

In her spare time, Nicky enjoys travelling abroad and spending time with her family. 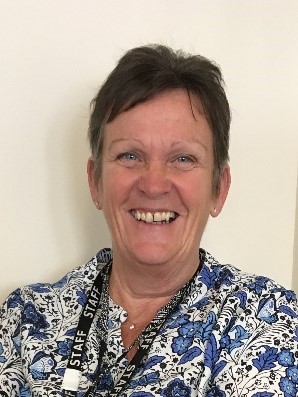 Barbara Wark joined CCH in May 2018, as Registered manager for Older Peoples service.

Barbara is the Care service manager whose responsibility is to manage a home support service which is delivered straight to people homes and tailored to meet the individuals needs and wishes.

Barbara’s previous work history has mainly been in Care and support to people with disabilities, before moving on to managing services which were delivered into Sheltered/Very sheltered housing Complexes.

Her role is to Manage the older peoples service which consists of 2 members of staff who are delivering front line services straight to the service users homes, this service is inspected annually by the Care Inspectorate. Barbara and her staff are all registered with the SSSC in accordance with the Regulation of Care (Scotland) Act 2001

Barbara attained many qualifications during her working career which includes a HNC in social Care, SVQ 4 in Leadership and Management, Barbara also became a trainer in Dementia best practice which means that she can share and support staff who may be involved in delivering services to people who have dementia.

In Barbara’s spare time she likes to travel and to spend time with her family.